A New Comedy
‘The Electra Project’ is a piece of theatre that eludes to a 2012 nationally publicised and controversial GCSE performance, which resulted in the sacking of two drama teachers.  Drawing off this nationally publicised event and the moral conundrum it provokes, The Electra Project is based on a group of A level students devising a Greek tragedy that goes horribly wrong.  The Piece, a comedy, will explore themes such as the importance of drama in schools, the boundaries that are in place and questioning whether we are still allowed to make mistakes in education.  Written and Directed by Dave Jackson, NYT, ITV and Radio 4.

Hungry Wolf are youth theatre innovators.  Making our debut at the Edinburgh festival last year with ‘Growing Pains’ which received 5* reviews in WHAT’S ON STAGE and THE BRITISH THEATRE GUIDE, this resulted in national press interest, a school tour and a slot on ITV.
PRIOR TO EDINBURGH FRINGE
SUNDAY 4TH MAY 7.30PM
MONDAY 5TH MAY 5PM AND 7.30PM
EMPORIUM, LONDON RD, BRIGHTON
TICKET PRICE £9

Tickets are available from www.emporiumbrighton.com 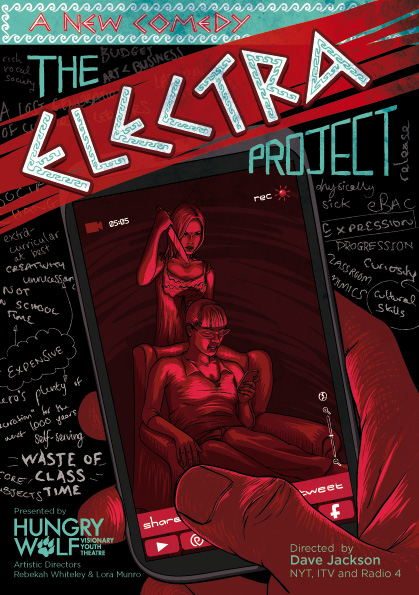 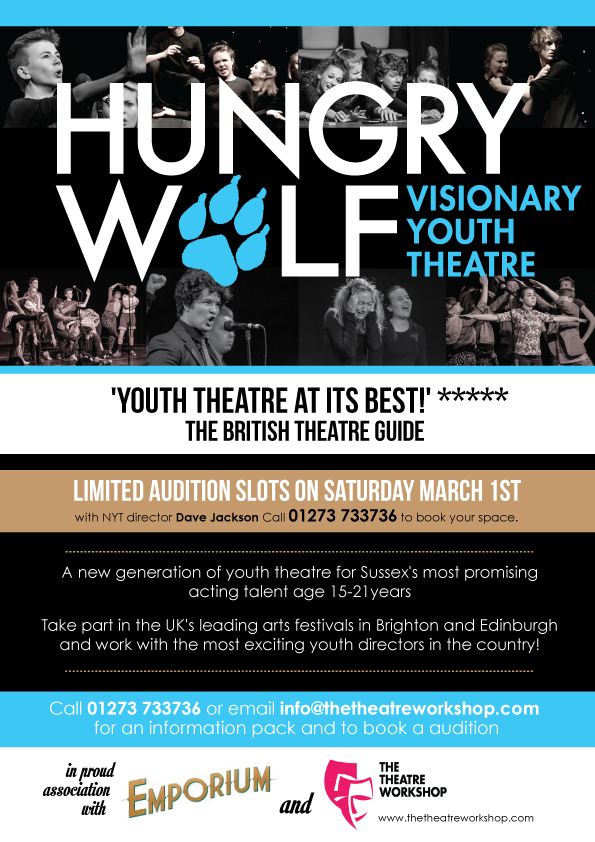 West End Experience is now on! →